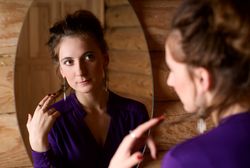 This is one of the toughest marketing truths to swallow.  Just because we have all these ways to connect — does not mean your audience wants to hear from you every hour. You're just not that interesting.

Check out this e-mail I got from a reader.  Pay particular attention to the 4th paragraph:

"Perhaps you could write about how some people engage is relentless posts on LinkedIn–like once an hour, yet say absolutely nothing. I have a LinkedIn connection who works for a major ad agency here in Des Moines, touting himself as an advertising phenomenon, and always shows up #1 on my LinkedIn page every time I log on.

I have to confess that I don't tweet and can't be bothered with it. I am far from being alone in this, by the way. So his blurbs show up and they are mostly gobbledy-gook. Sometimes I click on them thinking they might lead me somewhere interesting, but they don't go anywhere.

So I emailed him saying I would like to be able to see what he has to say at a glance since he's a permanent presence at #1 in my LinkedIn hit parade. Maybe he could be clearer. He didn't answer, but I noticed he didn't post anything for several hours. When he did, he was slightly clearer. Then the more he posted, the more he went back to saying nothing.

So I decided just to hide his posts permanently so I didn't have to be bothered any more. Interestingly, I couldn't figure out how to reactivate someone's post once I turn off their lights. I suspect my reaction was the opposite effect he was attempting to have on people.

Goodbye ad genius–out of sight and out of mind."

Not only are you boring people if you blather on and on — but you gain a reputation for being all talk.  Is that really why you're investing all that effort?

There's a whole lot of "talking at" someone going on in all forms of marketing — traditional and digital.  It's a lot easier to just fire off a statistic, fact or link than it is to actually have a conversation, ask a question or connect with someone.

Confident that you're not guilty?  Check yourself against these:

Are you tweeting, updating your Facebook status or LinkedIn account multiple times a day — spouting resources but never connecting with the people listening?

Do you only Facebook message people when you are having a sale, holding an event or in some other self-serving way?  (Oh…and do you do that in a mass msg sort of way?)

Do you always initiate Twitter, LinkedIn or Facebook conversations — as opposed to joining in someone else's?  (In other words…do you only care about what you want to talk about?)

Remember — it's the cocktail party rule of social media that earns credibility and respect online.  And no one wants to hang out at a cocktail party with someone who can't shut up about themselves!

16 comments on “Social media tip #22: Do not overshare just because you can”