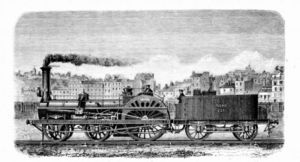 Over the past several weeks I've noticed a number of posts and I've heard talk, online and off, about blogging overkill, causing some of us to be less active in the blogosphere.  I've felt it myself somewhat, as my business has thankfully been very busy lately.  That, coupled with personal commitments including being involved in a major election in my town, has taken my time and attention away from the web.  But it seems to be not just me.

When I first began blogging back in February, I felt the need to post something new almost every day, following the example set by my mentor CK and some other blogs I'd been following, including this one.  What a rush I felt when I'd get comments, especially if the comments were from bloggers I'd been reading, like Drew, Lewis, Gavin and Cam.  And comments coming not just from around the nation, but from around the world.  It spurred me to write even more.  And my wife was feeling like a computer widow.

It's been interesting to see how some posts generate lots of comments and discussion, while others just sit there, unanswered.  After my first posts that drew a blank, I wondered, "What did I do wrong?"  But then I saw comments come in days or even weeks later.  And I also realized that some posts are fairly complete, answering their own questions and leaving little room for discussion other than, perhaps, a polite comment like "Good post."

I've watched my daily readership grow, and I got picked up on some feeds, so I know that – comments or not – I'm not just talking to myself.  I'm not on Mack's Viral Garden Top 25 list, but my Technorati authority has gone up and people are reading.

The first time I got jammed with work and let my blog go unchanged for four or five days, I felt terribly guilty, like I was playing hookey from school or sneaking out of work to go to the beach.  But I was busy, and I guess nothing struck me at the moment as something worth writing about.

Around that time, I had coffee with Transmission Marketer Mark Goren, who was visiting from Montreal.  He said he was having similar feelings and felt pressure to post more often.  I told him, it's better to take a break for a few days than put up drivel just for the sake of having a fresh post.  If I don't have something useful to say, I'd rather say nothing, I said.

So when I got busy in September, I took my own advice.  I didn't post as often.  I don't think my blog suffered and perhaps my readers appreciated the break, instead of being served mindless chatter.

I'm realizing that we're all busy and we're pulled in many directions – work, family, friends, hobbies and even relaxing.  And some bloggers have migrated over to newer social media, exploring places like Facebook, Twitter and Flickr.  They're still out there having discussions, but on other channels.

Steve Rubel wrote at Micro Persuasion a few weeks ago about Web 2.0 overkill and how the pioneering spirit he felt a few years back is giving way to the smell of money — cashing in.  Hey, if the guys who developed Facebook and the others can reap big rewards for their efforts and their smarts, good for them.  Many of us newbies still feel like pioneers, though.  We are in the minority.  Among my public relations peers and even among my marketing friends, I'm still a pioneer to them, plying what they see as the uncharted waters of blogging.

But there's definitely an undercurrent of talk about blogging losing steam.  Some have posted about it, and a quick check around will turn up a number of once-active blogs that have slowed down or have gone silent for weeks at a time.

What do I make of this?  I can only speak for myself and speculate, at best, about how others might feel.  I still love this blogging stuff.  It continues to give me the chance to write in my own voice about things that interest me and ideas and issues I'd like to share with others.  The feedback, the camaraderie, and some new friendships that I'm sure will last have been rewarding and inspiring.

Posting every day?  I don't feel the pressure now because I realize – call it, perhaps, blogger maturity – that it's better to wait till you have something of value to say than to say anything just to hear yourself talk.  If I'm not as active all the time, it's just lack of time, not lack of interest.

So I don't think blogging is losing steam.  Some who have been doing it for a while may be growing tired or bored, but there are still hundreds of new voices coming on line every day, and more conversations are popping up in other online venues besides blogs.  As businesses learn how to utilize the blogosphere, blogging activity will continue to grow.

Losing steam?  Hardly.  It's full steam ahead for blogging.

Drew's Note:  David Reich started Reich Communications in 1991 and blogs at My 2 Cents.  He's worked for clients like RJR Nabisco, Gulf Oil, General Electric, and many more.  When Age of Conversation broke, David was the guy who got us all the media play.   Not only is he good…but he's most definitely one of the good guys.