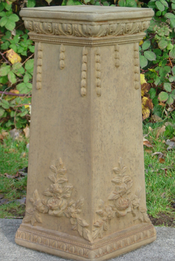 He’s become the JFK of the blogosphere.  Revered.  Quoted.  Beloved.

But what if ones of these days he said something that just didn’t ring true to you. Or that you vehemently disagreed with? Would you publicly say so?   Would you call him out or disagree?

As I watch us all invent this medium and how it is used to create thought leadership surrounding marketing and branding, I’m struck by how genteel we are.  We rarely argue with one another.  We point to each other and "atta boy" a good post.  And there’s nothing wrong with that.

As long as our readers know there’s a balance.  As long as they can trust that we’ll tell them when the Emperor’s naked.

And it’s not just Seth.  I think we do it with each other all the time. Haven’t you read another marketer’s post and thought "he/she’s way off base there?"  Did you comment or post your counter-viewpoint?  Or did you just shrug and let it hang?

Seth’s just a great example because he’s become the marketing icon.  He’s down to first name status.  He’s the Bono or Cher of our industry.  But, as smart and insightful as he is, that doesn’t make him infallible.

And if you say…"well, Seth is never wrong…" does that mean he stays in the safe zone?  No one is always right unless they don’t push beyond the accepted truths, right?

What do you think?  If Seth (or Guy or Kathy Sierra or any respected marketing/branding blogger) posted something today that was based on a faulty assumption or flew in the face of a marketing truth as you know/believe it to be – would you write about it?

Maybe the better question is — have you ever?

UPDATE:  Mack Collier asks a very interesting and smart question.  If Seth were to launch a generic blog with no tie to him/his name –would it survive?  Thrive?

48 comments on “What if Seth Godin was full of crap?”