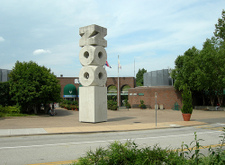 Let me cut to the chase.

To me, all of that is irrelevant.

Because the issue isn’t Don Imus.  It isn’t racism.  Or political correctness.  Or respecting women.  If it were about those issues, most of the shock jocks and reality TV producers would also have lost their jobs yesterday.

Imus isn’t the worst of them…he’s just one of them.

What matters in the Imus firing is who fired the fatal shot.  And why.

We’re experiencing the birth of a new era – Citizen Marketing. We’ve all celebrated it.  But perhaps that is only half the story.

In the old days, the power rested in the hands of a few.  The zookeepers, or the sellers, ran the zoo.  They decided what the animals ate, which animals were in the petting zoo and what the hours of operation were.  It was at best, a very paternal relationship.  At worst, it was a one-sided dictatorship.

But today, the chimpanzees have the keys.  And in this early phase of this marketplace shift, where the buyers are actually the ones in power, it’s more than a little chaotic.  There are no rules.  Bananas on tap 24 hours a day!

On the good side – the chimpanzees’ exuberance can be very contagious and they can encourage/force the zookeepers to be better at their job, just to keep up with them.

But because there are no rules, the chimpanzees can also just as easily decide to pick on a particular zookeeper and fling feces at him.  And because there are so many of them and because human nature says, "join the crowd," once a few of the chimpanzees start tossing poop, many of the other chimpanzees join in.  Without really stopping to understand why. Mob mentality flashes hot and bright. And reason rarely has a starring role.  That doesn’t mean the mob is always wrong.  But it does suggest that the firestorm doesn’t allow for a lot of introspection or consideration.

Let’s face it.  Don Imus earned ratings and advertisers because he was a boorish pig.  And the chimpanzees (in this case…advertisers and the target audiences of those advertisers) rewarded him by buying more advertising, giving him a more prestigious time slot, more guest appearances, more fame, etc. etc.

I am also quite sure that the Rutgers comment was not Don’s first racist or sexist comment.  I’m even willing to bet that some things he has said in the past were even more hurtful and offensive to some.   But the chimpanzees screeched and hooted, loving his antics.

Until one day, a few chimpanzees didn’t like what he said.  Who knows why.  He was shooting off his mouth saying vulgar things, like they had trained him to do.  But for whatever reason, this particular statement got everyone’s attention.  And the chimpanzees started making a different kind of noise.  And throwing feces.  Pretty soon, they were making enough noise that others noticed.  And joined in.  And pretty soon, the only way to calm the chimpanzees was to get the zookeeper out of there.

And its not just Imus.

A story about an American Girl store and a 6 year-old’s Target doll garners over 409,000 Google results in less than a month.

A story about a blogger who received death threats now has an excess of 553,000 Google results, A CNN appearance, and professional and personal lives altered forever.

Mob mentality.  Good or bad.  Right or wrong.  Who knows?

Who will the chimpanzees go after next? A good guy?  A bad guy? Your favorite brand?  Your company?

Should Don Imus have been fired?  I have no idea.  The truth is, he’ll have another gig in less than a month and we’ll chalk this up to, "well, that’s Imus."  And he’ll still be a boorish pig.

It doesn’t matter.  What matters is that we need to understand that just like there was a good and a bad side to the zookeepers being in charge, there’s a dark side to citizen-driven marketing as well.  It’s a glorious day at the zoo until the chimpanzees start tossing the feces in your direction.

We are the citizens of citizen marketing.  We’re going to set the course.

Unless of course, we get swept up into the mob.

12 comments on “Don Imus: The dark side of citizen marketing?”