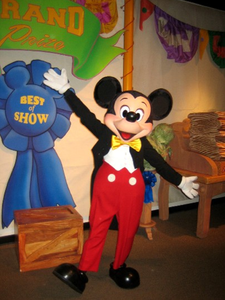 There’s a new meme in town and it’s hysterical.  It started with Kevin Dugan’s What Would Jesus Twitter that I shared with you yesterday.  Since then, people have added Sherlock Holmes, Abe Lincoln, and Lee Hopkins.

And it’s just begun.  So here’s my addition to the game.

10.  I don’t want to seem ungrateful but I think Walt’s a little obsessed with me.

6.    Thank God Lily talked Walt out of naming me Mortimer.  Can you imagine the crap I would have taken?

5.    My fantasy? Sneaking into Small World and smashing those freakin’ singing bobbleheads.

1.    If one more snot nosed little kid bangs his head into my crotch…

I’m not going to tag anyone specific, but come on…join in the fun!